Articles about lovelocks in Paris and the original website WeLockLove (2014) 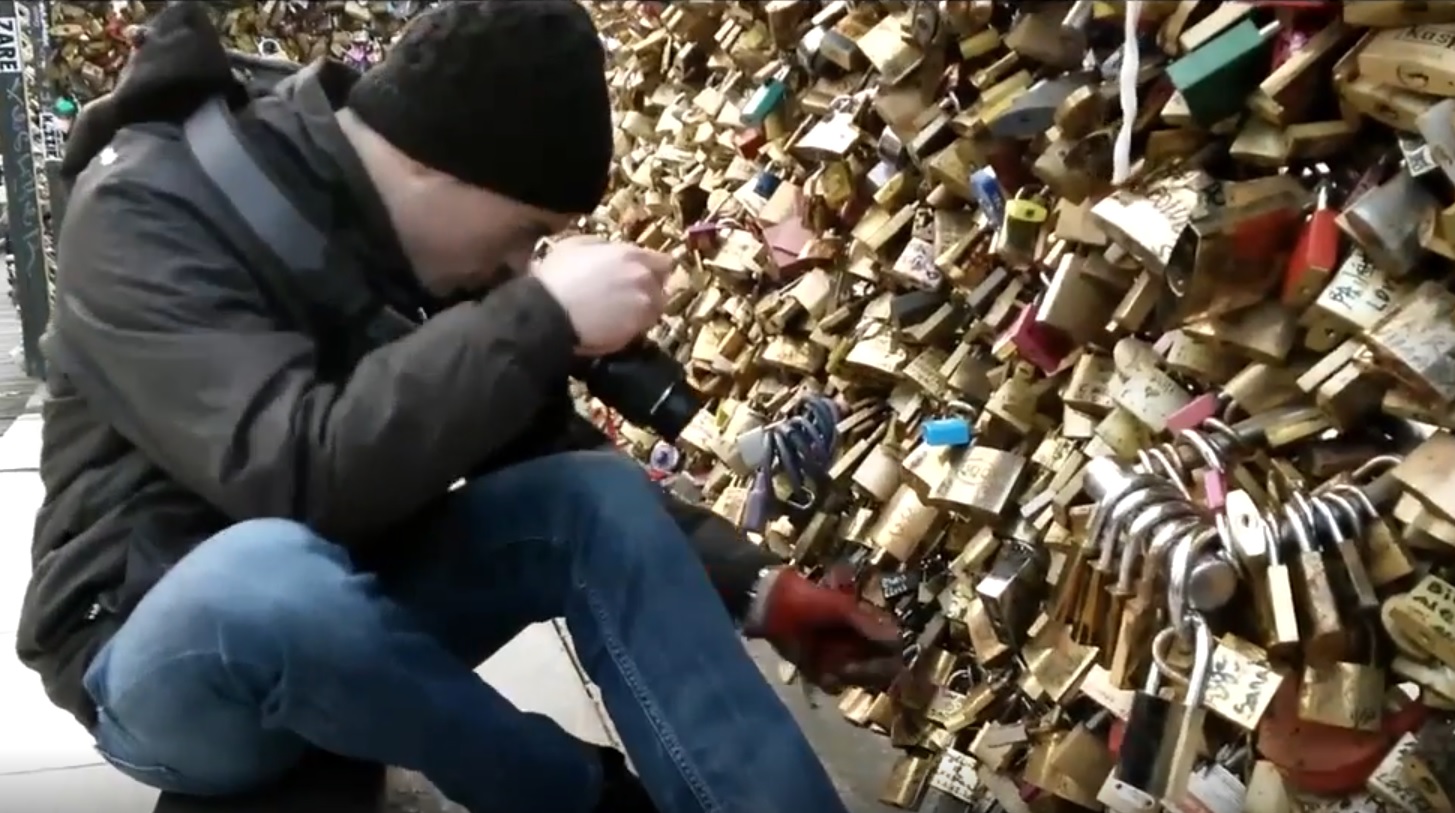 In 2013, I decided to photograph all lovelocks on world famous Paris Pont des Arts bridge. The goal was to extend people's messages by making them eternal online. I created a website to find each lovelock on its exact position on the bridge.
Discover why and how I made it. 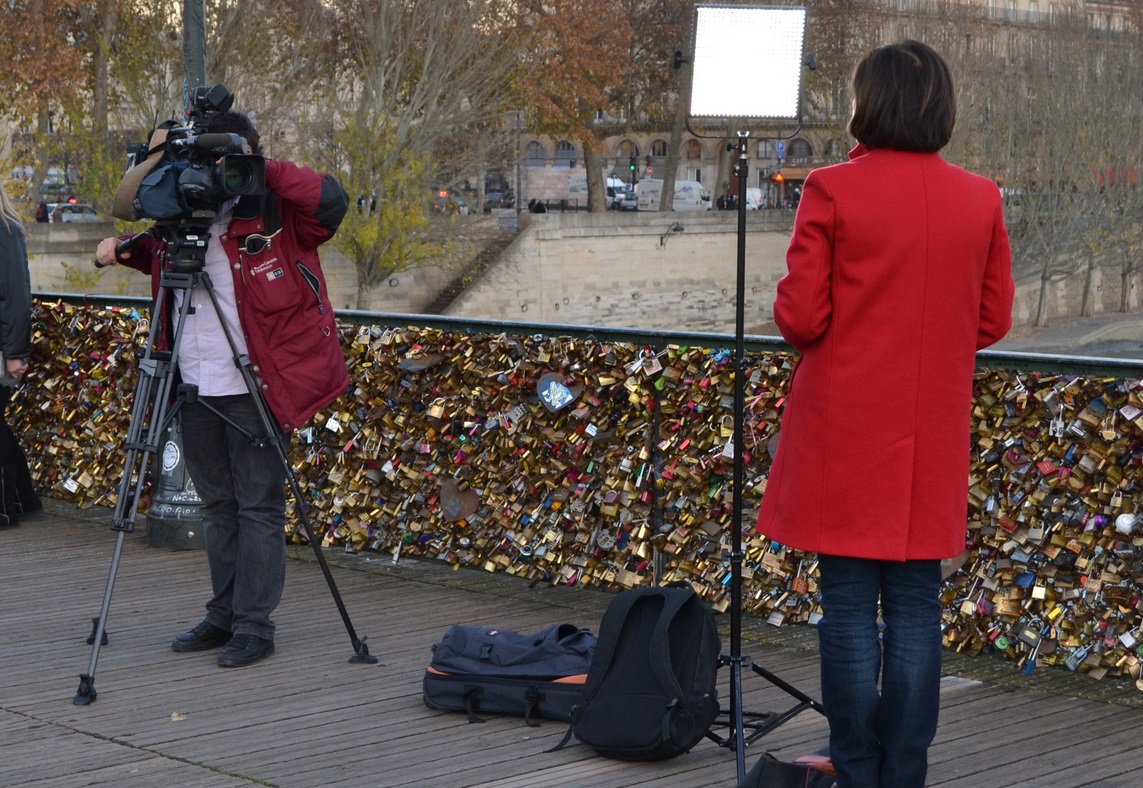 In 2014, my website was published and I was interviewed in several famous newspaper in France. English websites also wrote about my website.
In 2015, a communication campaign was made for the largest telecom operator in France. 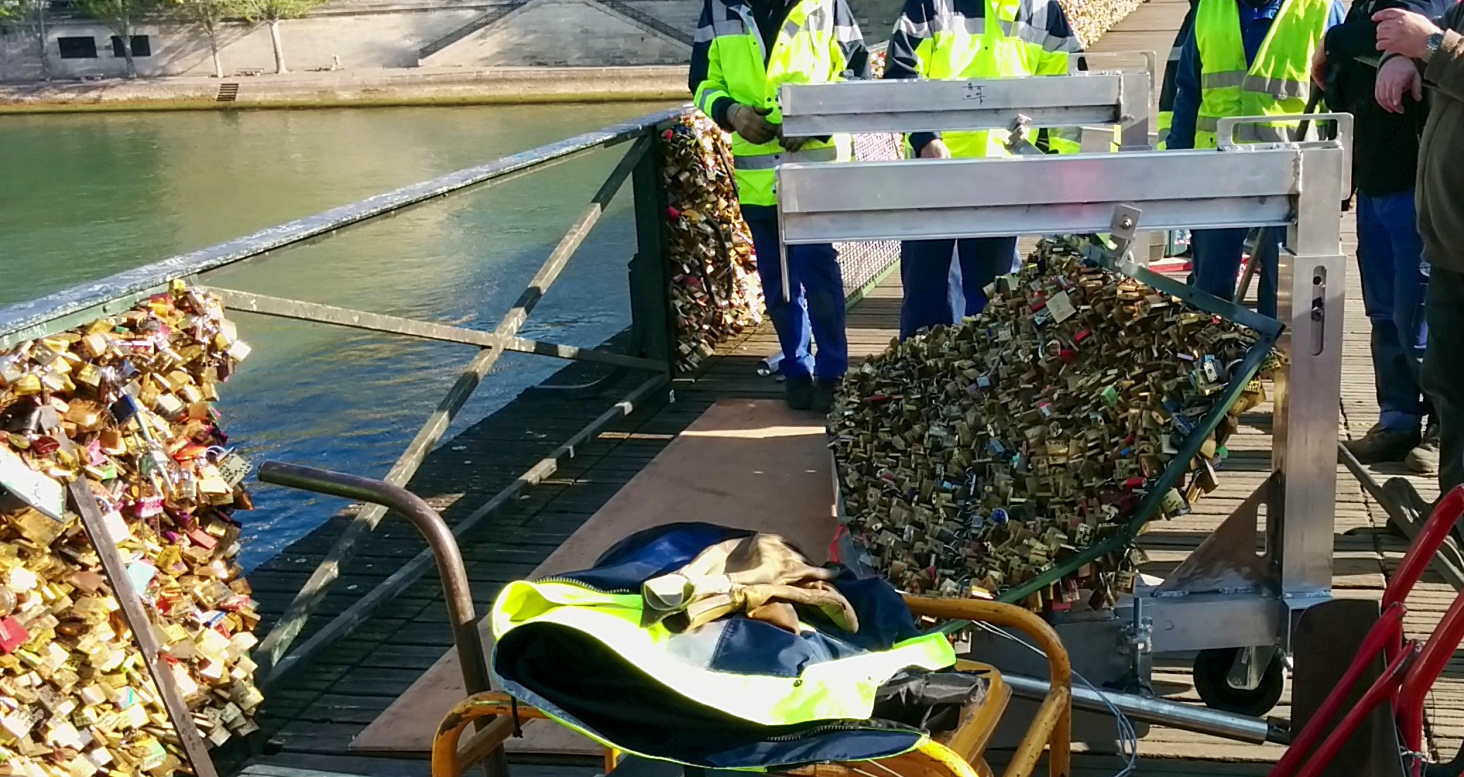 The end of lovelocks in Paris: a controversial phenomenon

Learn more about the controversy

2013 - The beginning: a world phenomenon

In August 2013, I walk on Pont de l'Archevêché (next to Notre-Dame-de-Paris) and I discover dozens of people, mostly tourists, stopped on the bridge. They are looking at the railings, laughing, kissing... they are happy! It's the first I witness a place with such a warmful atmosphere. And all that gathers those people is really simple: lovelocks, whether they are attaching them or looking at them.


I felt that it is a great place full of positive vibes and I want people to discover the feeling that this tradition creates.

I was 20, a digital native student in the suburb of Paris. Back in high school, I developed a news website with a friend and adopted original ways to promote the website, but stopped it after a year. After I walked on the bridge, I thought, "Wow, there must be a great website showing this tradition to the world as it is really an attraction here in Paris!!"

One week later, I woke up with this clear idea in my mind: if there's no website allowing visitors to find their lovelock on the bridge, then I would create one! People are attaching a piece of their life to this bridge, it has to be shown to the world!
I don't find any website, so I take my camera, and I drove to the bridge to start taking pictures of lovelocks. I want them individually captured, and I think one week will allow me to shoot the entire bridge. It took me two months. I have photographed 18,847 individual lovelocks and noted their position on this Pont de l'Archevêché bridge. I was ready for the best part of this attraction: the Pont des Arts.

Pont des Arts: "The LoveLock Bridge" and the techniques

106 meters long, 55 panels, 9 lamp posts, tens of thousand of tourists every day during the summer: the Pont des Arts in Paris is the most famous pedestrian bridge of the most romantic city in the world. With a wooden floor, leading on each side to two architectural beauties that are the Louvre museum and the Institut de France, it is also known as the "LoveLock Bridge". Its railings are perfect for to attach padlocks, and the phenomenon is at its peak when I start photographing in the fall of 2013.


It took me 6 months to photograph 40,176 individual lovelocks on Pont des Arts bridge. Why so much time?

It's simple: lovelocks are not facing my camera, waiting to be photographed. One lock is hidden in a bunch of padlocks. It has to be manipulated, without causing damage on the community artwork. Lovelocks may be attached on the panel just a few centimeters above the floor. To capture them all, I sat on my teenager skateboard and wore leather golf gloves to manipulate them safely.
I made myself as small as possible, quiet, capturing as many lovelocks as I could, while I was the witness of the life on the bridge. The scene is beautiful, from dusk to dawn, lights are magnifying the bridge, the locks and the Seine river crossing Paris city. Every touch makes you feel plenty and sends a warm vibe to your heart. Such a pleasant atmosphere!

I speak about lovelocks, but I also noticed some lyrics, drawings, photos, artist merchandise, politics statement, tribute to a passed-away relative... People send their own message to the world, engraving their feeling for eternity. I extended this message with my work to display it online forever.

Please find below some of my favorites

The website was a tribune to the world. If you've attached your lock to a Paris bridge, you may find it on WeLockLove, captured forever. If you want to join the tradition, a share webpage allows you to upload your own photo and get your customized text on your webpage.

Visitors could click on 7 steps to zoom in parts of the bridge and finally display tens of lovelocks attached to 1/8 of a panel. All positions of lovelocks are stored in a database.